The Caldron of Emotions: Spring Retreat with Amita Schmidt 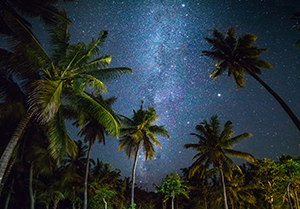 In Hawaii, the coronavirus shut down the whole tourist industry overnight. Suddenly one evening, the world of 24/7 lights, action, luaus, activities, and partying vacationers came to a screeching halt.

It was eerie to walk past miles of big hotels and see only empty, dark buildings. I felt as if a giant machine, the machine of “doing” and “more,” had stopped. In that moment I thought, What about the “more machine” between my ears? and I realized that this too could stop. And I remembered Adya’s very first teaching to me on retreat in 2003. He said simply, “This is it.” There isn’t something more. At the time, it was in reference to my spiritual seeking.

Now his words are an invitation for a full stop on every level. This is it. There doesn’t have to always be more. The silence of being is enough.

Dipa Ma was on an airplane with a woman student. It was very turbulent, and the woman screamed. Dipa Ma was sitting across the aisle and took her hand and held it. Then she whispered, “The daughters of the Buddha are fearless.”

The first time I heard this story I thought, “Wait a minute, the Buddha never had a daughter.” Dipa Ma, however, is pointing to a truth here that is deeper than historical facts. First of all she is teaching her student that as Buddhist practitioners each one of us belongs to the Buddha’s family. No one is left out, not by gender, nor by time or history. We all belong to the lineage and the awakening of the Buddha, right here, right now.

Dipa Ma is also emphasizing the fearlessness needed on this path of the dharma. To know the truth one must be fearless, tireless, and loving, no matter what is happening. Whether there is airplane turbulence, or physical injury, can you have a heart and mind that is unshakeable? Waking up is not a part time job for the faint hearted. It is the ability to meet every moment continually without flinching. As a daughter of the Buddha, are you an example to all beings of the willingness to face what is, right now, without fear or argument?

A few months ago I had a lesson in being a fearless daughter of the Buddha. On a balmy sunny morning I decided to go out for a solo swim in the ocean in Hawaii where I live. There were some colorful fish where I was swimming and I became preoccupied with following some of them. Unfortunately I didn’t notice until it was too late that I had drifted out with an ocean current about one mile from the shore. To make matters worse a strong wind suddenly arose, and as I tried to swim to shore, the whitecaps pushed me back for every stroke I took.   When I realized I was a long way out, alone, in shark territory, and unable to make much progress against the wind, I had a moment of panic. It was similar to the scream of Dipa Ma’s student on the airplane. But then my dharma practice immediately kicked in. I labeled the feeling, “This is just panic. Panic is not going to help you. Don’t believe panic.” Then my daughter of the Buddha mind said, “Just do what you can do, stay focused on right now, one thing at a time. Start with one kick and one arm movement at a time. You can do that. Don’t worry about anything else.” I put a concentrated focus on the body and stayed out of the mind. I paid attention to the movement of my arms in the swimming motion, one breath at a time, and the kicking of my legs. I noticed that despite the wind I was able to move a tiny bit forward with each stroke. I focused on this small amount I was moving forward, rather than the feeling of being pushed back. A spontaneous resolve arose to not give up no matter how long it took. This protective dharma of the present moment, along with the resolve of the Buddha, eventually brought me back, exhausted, to the shore.

Whether we are experiencing a bumpy flight, a difficult ocean swim, or a turbulent life, our practice is all the same. We are here to meet this moment with willingness, openness, and fearlessness. It doesn’t matter how long it takes or how much the wind pushes us back. If there is a willingness to not give up, and a resolve to keep taking that one next step, then each one of us will find lasting freedom. This is the true legacy of a daughter of the Buddha.

“We are the stillpoint of eternity functioning in the world of time.”  Adyashanti.

This space between time has no trauma.  It is just Source.  It is eternal.  It is always here.  It is who we are, all together.   No matter what happens in your human life, the space between time, which is without story, without pain, without death, is here too.   It is not a spiritual bypass.  It co-exists within you. It doesn’t need anything to change. It’s the truth of your timeless being, side by side with the karmic patterning.  You don’t have to wait for special circumstances to find it.  The space between time is here now.  See for yourself and enjoy.

The Goddess of Excrement,   Tlazolteotl (pronounced tla-sol-TAY-otl), is from Aztec mythology, and is the most revered and important of all goddesses. She has black around her mouth as she eats all pain, trauma, grief, anger, shame, and sins.  She transforms these into fecundity for the field of life.  She represents both death and birth, filth and purification, all at the same time.  She is all-inclusive.

She is the regeneration of things untouchable and shameful into something fertile. She makes what is difficult into a life-giving force.  She is bold.  She is fearless.  Next time you encounter something difficult in yourself or another, call upon the Goddess of Excrement to help you.  Eat the pain and problems and transform them into a new birth.

Thank you Myrna Martin for this photo and reminding us of this Goddess www.myrnamartin.net